There is very little research on “agrihoods,” which is a new trend in housing and community development. This project begins with a basic question: what are these real estate developments called “agrihoods”? More specifically, what are their physical design and cultural qualities, their demographic profiles, and their geographic distribution? To collect this information, I will conduct an online survey of agrihood projects in the United States. The resulting responses to these questions will refine the underdeveloped concept of agrihoods, and to differentiate between: 1) agrihoods and similar types of community development projects (e.g. intentional communities, ecovillages, public housing developments that include horticultural elements) and; 2) different types of agrihoods. Clarifying the concept of “agrihoods” is a contribution to community development research and an important prerequisite to completing the next steps of my dissertation, including appropriate case selection. 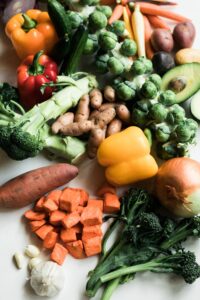 The idea originated in 2016 while working with PowerCorps Camden, a green jobs training program in Camden City. One of the community partners, Jonathan Wetstein, had recently started an urban agriculture program at Parkside Business and Community in Partnership (PBCIP) called Roots to Market (RTM). This innovative concept sparked interest in the economic and community development potential for urban agriculture in Camden, and in 2017, through a grant from the Wells Fargo Regional Foundation, the project began to take shape. The funding was provided to establish a comprehensive neighborhood planning effort that included goals around community greening and healthy food access and both required further development and investment in RTM.

In 2018, the Parkside Healthy Eating, Active Living (PHEAL) element of the neighborhood plan was initiated as collaboration of PBCIP and Parkside. At the same time, “agrihoods” emerged as a popular and viable neighborhood concept that could increase both healthy food access and community green spaces. And because this concept could successfully link physical and community development, healthy eating, and active living with urban horticulture and agriculture, it became a core focus of those planning. But information and research best practices proved limited, if not nonexistent.

Urban agriculture in general, namely through concepts like “agrihoods” as a core element of design, hold significant potential for resolving many of the issues that residents in Camden face including access to healthy food at reasonable prices, and green spaces that research has shown significantly impacts mental health. In Camden, and other low-income cities like it, issues of fresh food access, diet-related disease, limited mobility and physical activity, coupled with poor air, soil, and water quality, and mental wellbeing are inextricably linked, and innovative concepts such as “agrihoods” may hold the answer. Yet, research making this case is absent from published academic literature.

Have you adjusted your research goals or methods due to the COVID-19 pandemic?

The research methods have not been affected by the pandemic. The method of collecting online survey data is uniquely resilient. However, COVID-19 has both indirectly and directly forced the team to reconsider its research goals. The expected timeline to complete the project has been delayed, and needs outside of the project have impacted the amount of time and resources that have been dedicated to advancing this work.  Additionally, restrictions and social distancing precautions due to COVID-19 have made in-person qualitative data collection challenging, and later phases of the proposal had to be refocused on a quantitative approach. Originally, quantitative data was only to be collected from key informants, who could provide the most basic data about each agrihood (e.g. demographics, real estate values, development history, physical features of the community, etc.), while interviews with residents and farm managers would help to round out a fuller description of what life is like in these communities. Instead, quantitative data will also be collected in a large online survey of residents. Thus, research funds which would previously have been devoted to in-person investigation will be allocated to supporting the administrative needs and functions of a large-scale online survey. 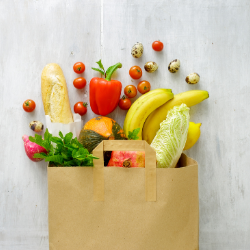 The delays resulting from COVID-19 have affected the research timeline and deadlines related to the dissertation proposal from  which this work stems. As a result, preliminary work has been focused on identifying a contact list (i.e. generated my sample pool) of agrihoods to be included. Once approved, research will progress quickly and preliminary findings are anticipated later this year.

Progress in exploring agrihood-style development in Camden with PBCIP, however, has progressed in exciting directions. Since 2019, two additional large-scale grants have been secured to lay the groundwork for several agrihoods and resilient urban agriculture in Camden.

A key hypothesis in this research is that agrihoods, and other developments similar to them, collectively known as “agrarian urbanism” communities, offer a context to test the theory of “connection to the food system” (as it is discussed in the agri-food systems literature) which is superior to other “alternative food networks” where it has been tested in previous research. The data collected from agrihood residents and participants will begin to operationalize connection in a novel way, developing and attempting to validate it as a psychometric instrument. In this way, this research extends beyond “niche topic” and helps to advance that are at essential to the literature. Plans are underway to implement Phase 1 of relevant research in Summer 2021.

Learn more about the project